340B Webinar on Compliance and Audits

340B Webinar on Compliance and Audits

340B Webinar on Compliance and Audits from Nov 28th 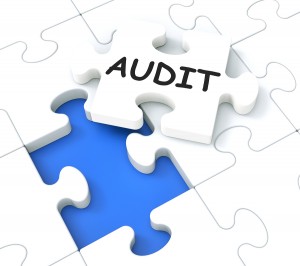 Last week, I listened in on a SNHPA sponsored Webinar called “340B Compliance and Audits: Lessons from 2012 and Preparing for 2013.” The webinar was hosted by Bill von Oehsen, SNHPA General Counsel and Maureen Testoni, SNHPA Assistant General Counsel.

A couple things to begin: SNHPA has just passed it 20th year of service. They helped craft the original 340B legislation and continue to be a strong advocate of the program. Currently, there are over 17,000 covered entities, and over 13,000 contract pharmacies!

Maureen Testoni led off the discussion talking about the many challenges to the program. Obviously, there are many. Congress, Pharma, independent pharmacists and oncologists claiming un-fair competition, stockpiling of 340B drugs, and are indigent patients truly benefiting from the program.

Probably the biggest news coming out of the webinar surrounds auditing by HRSA. In 2012, there were around 50 audits that were done. Only 4 final reports have been issues, and no adverse findings were disclosed. Word on the street is that there may be close to 400 audits performed in 2013. Be prepared!!

SNHPA has been in contact with several hospitals that been audited. Maureen shared some lessons learned. First, you must have policies and procedures! She also really supports self-audits and external audits (so do we, see our website Turnkey Pharmacy Solutions). Manufacturers are starting to audit as well. These seem to be mostly based on higher than usual utilization of OP drugs. Genentech is the first to audit.

SNHPA has just released several new documents as of today. They are calling them Policy Guides. Eventually, they will have 6. Right now there are 2: a general 340B guide, and a duplicate discount guide. Each policy guide will cover a compliance topic: Duplicate Discount, Registration/recertification, patient definition, diversion, GPO exclusion, and contract pharmacy, plus the general 340B policy. These can serve as starting points for your own policies and procedures.

Maureen also discussed duplicate discounts. Currently these only apply to fee for service Medicaid and not Managed Care Medicaid. Each site needs an aligned strategy whether you are carving in or carving out.

Bill began his talk by discussing what the critics are saying: Has the 340B program strayed from its purpose, should it be limited to only uninsured, do all eligible 340B sites deserve to be in the program, has HRSA been too lax in its oversight, are sites manipulating the program, are sites stretching the definition of patients, are sites altering clinical pathways ( discharging patients too soon to get them to an OP status), is the program contributing to the drug shortage issue, and are sites abusing the contract pharmacy model. That is a lot of issues!!

Bill recommended several steps for covered entities and to congress. He called the covered entity recommendations Stewardship Principles. I agree with Bill on all of these:
• Invest in 340B savings for indigent patients
• Have a meaningful hospital charity policy and extend to pharmacy
• Use contract pharmacy revenue carefully (Improve services for indigent patients)
• Don’t use for cosmetic purposes
• Don’t alter clinical pathways
• Purchases should only meet public health need (Don’t stockpile)

Bill also had several recommendations for Congress:
• Provide adequate funding for 340B program
• Promote transparency of how savings are being used. Through audits? Reports? Other?
• Study impact of Medicaid expansion in 2014
• Cap number of sites?
• Alter eligibility criteria? (If so, must be coupled with IP extension)