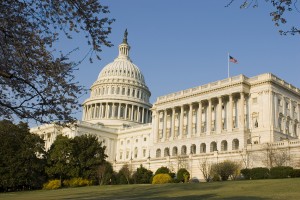 It appears that 2015 went off with a bang for the 340B Program. Here are some notes from 340B University, 340B Coalition Conference, the March U.S. Congress 340B Hearing, and our own experience conducting 340B audits in the field and working with covered entities.

340B Audits: We are aware of seven (7) covered entities who are going through a HRSA 340B audit in the next month or just completed one in the last month. Definitely feels like an increase from the past year. We learned at 340B University and Coalition Conference that although HRSA planned on closer to 400 covered entity audits in 2015, the number has been reduced to 200. At least one note we have says 33 audits occurred in January. At that rate, 200 definitely looks possible, but I suppose keeping up with 33 audits a month is a lot of work. Take home message: Semper Paratus – Always Ready! We must keep our 340B programs in a state of constant readiness. If you don’t know how, then ask. Plausible deniability will not work in a HRSA audit (translated – saying you didn’t know you had to do that will still result in a finding).

Mega Guidance: The substitute for the Mega Regulation will be guidance. Commander Pedley has confirmed that this will be released in June (of this year for you smart alecks). It will be released for comment, so please be prepared to read it and provide comment as needed. Update: I have not seen the formal notice, but there may be a delay in the Mega Guidance.

HRSA IT Updates: You likely have seen additional enhancements to the HRSA database. I like them (thanks HRSA). For 340B pricing transparency, HRSA is adding 340B pricing by the end of 2015. Currently, you can see 340B pricing if you are a registered covered entity with Apexus through your login. However, this is information provided by wholesalers, and is the best thing we currently have. Actual 340B ceiling pricing from HRSA will help us confirm we have the right pricing loaded with our wholesalers.

340B U – Utah Representing: I have to just throw it out there. I had a lot of fun at this last 340B University (just prior to the Winter Conference in SF). We had Kevin Jones (a.k.a., K-Jo), Intermountain Healthcare 340B Program Director (previous DOP at Primary Children’s Medical Center). We also had our Peer-to-Peer colleague and pharmacy Director, Donovan Smith (a.k.a., D-Smitty). For the record, I just made those nicknames up. The three of us are from Utah and it was great. If you have not been to a 340B University in the last year, I recommend you check the Apexus website for the next 340B University near you. We provide a lot of real world examples and pearls that you can implement at your covered entity. Plus, there is a ton of networking opportunity, which is also true of the Coalition meeting as well.

340B Hearing by Energy and Commerce Committee: I thought the hearing went well. Commander Pedley, OPA Director, and Diana Espinosa, Deputy Director of HRSA, spoke well and I definitely think they have the support of congress to obtain some rule making authority if they seek it through legislation, especially around patient definition. I also have a new favorite congress person. The congresswoman from Florida, Kathy Castor, 14th District, was great. You can tell she gets the importance of the 340B Program by her statement, “the 340B program saves lives.” Amen sister! If she is reading this, Thank You. There is of course some work to be done on compliance and potentially changes to some parts of the program, but I think we all knew that already.

I hope you have enjoyed this one, and remember . . . Semper Paratus!