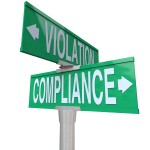 SUMMARY: Effective July 21, 2014, Health and Human Services (HHS) has issued an “Interpretive Rule” regarding section 340B(e) of the Public Health Service Act (PHSA), “Exclusion of Orphan Drugs for Certain Covered Entities.” This new section of 340B law was added when Section 7101 of the Affordable Care Act added several new categories of eligibility for 340B Program participants, allowing them to have access to 340B drug pricing. Several new entities have benefited from this, including Critical Access Hospitals, Sole Community Hospitals, and Rural Referral Centers, among others.

EXCLUSION OF ORPHAN DRUGS FOR CERTAIN COVERED ENTITIES: For these covered entities, the term ‘covered outpatient drug’ shall not include a drug designated by the Secretary under section 526 of the Federal Food, Drug, and Cosmetic Act for a rare disease or condition.

As a reminder, this Rule was vacated by U.S. District Court for the District of Columbia on May 23, 2014, on the grounds that HHS does not have the authority to issue the Rule as a substantive rule.

INTERPRETIVE RULE: HHS interprets section 340B(e) of the Public Health Service Act as excluding drugs with an orphan designation only when those drugs are transferred, prescribed, sold, or otherwise used for the rare condition or disease for which the drug was designated under section 526 of the Federal Food, Drug, and Cosmetic Act (FFDCA).

WHAT’S NEXT?: Now that this issue has settled down (hopefully), will manufactures add 340B pricing back as quickly as they took it away? Some have already. Our team has seen first-hand how important these savings are to the covered entities that we support.

At the 340B Coalition Conference last week, OPA Leadership admitted that the Orphan Drug issue has taken a front seat, and has delayed the Mega-Reg ruling. We are hopeful that this will be coming in the very near future.

See links to the HRSA Website regarding the ruling.

Interpretive Rule: Implementation of the Exclusion of Orphan Drugs for Certain Covered Entities Under the 340B Program

As usual, if you have any questions regarding the 340B program, please reach out to our team at Turnkey Pharmacy Solutions. We are here to help!