340B Program Updates – Been Awhile

340B Program Updates – Been Awhile

Is that an Elephant in the Room? 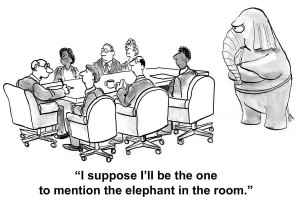 Hi All! Yes, it has been awhile (we have been auditing, a lot!). Our sincere apologies, we need to bring back our 340B Blog A game. The team at Turnkey Pharmacy Solutions has been growing and the leadership team is learning how to handle the growth and work effectively with our team. In addition to Roxanne, we now have Jen and Annie supporting audits with our core team (and a few per diem staff as additional support). We also added an operations manager to oversee operational functions of the organization (so excited for Chelsea to start on April 4th!) We are not the only ones with change, the 340B program has had significant changes recently, and we are going to share two big ones! Hold on to your hats . . .

Inpatient Discharge Prescriptions: A big shift for HRSA has been a March 5th, 2016 decision (unannounced, but confirmed by multiple HRSA 340B audited sites) that discharge prescriptions for “inpatients” will not qualify for 340B. We believe the primary reason being used is that the inpatient location is not a qualified location (i.e., not in the outpatient reimbursable area of the cost report). This is a tough one for the 340B hospitals, it is common for patients who cannot afford their medications to receive it via a charity care process at discharge. Based on HRSA’s current interpretation, you cannot use 340B purchased drugs if the patient had a patient status of inpatient at discharge. There are defensible positions that could be used, and we recommend reaching out to your legal team and/or 340B consulting group for guidance to review your specific situation. If you are part of 340B Health, a technical assistance call may also be beneficial. The elephant in the room is if this could be viewed as an attempt to move forward with 340B Omnibus Guidance (since this was in the Omnibus Guidance) before final publication in the Federal Register. Things that make you go . . . Hmmmmmmmm!

We know those are two large items to chew on. There is so much more I want to share based on the 130 plus audits we have conducted and 13 HRSA audits we have attended, and will commit to writing more articles soon. If you have any questions or comments, please use our contact email and one of our team members will respond. Thank you and Aloha, -Rob

I believe they are jumping the gun with the discharge RX’s. As you pointed out this is in the proposed guidance so I know that we were hoping this would be thrown out. How are we suppose to find all of these when doing self audits? To my knowledge there is no logic built in to Macro Helix to exclude these RX’s, I don’t even know how they would build that logic.

Hi Sue,
We agree. I think all hospitals (and I rarely speak in absolutes) are at risk. This has not been the understanding up until and the vendors, in most cases, do not have the data to filter these (they might if they are doing the mixed-use side as well). -Rob

Follow-up on this one – HRSA retracted this a few weeks after this article, so until the 340B Omnibus Guidance is out, we should be okay.

Build Back Better Act and 340B Impact

Go Ahead, Have Your Cake and Eat it Too!

DSH Risk, Advocate, and Hope it is not needed, Steps to Terminate